Double Olympic gold medalist Mark Reynolds first sailed Snipes as a teenager. “Growing up in San Diego, all the good sailors were either Snipe or Star sailors,” he says. “I crewed on a Snipe a few times… and when I was thirteen, another kid and I bought a boat from Jeff Lenhart. We paid six hundred bucks for it, a wood boat in the 13,000 series.”

The two boys did some work on their new ride, which came with two masts: one wood, one aluminum. “But we were too light together, so it didn’t really last too long.”

A few years later, Mark started his first business: building lighter weight rudders for his competitors. “That was actually how I made money, when I was a teenager.”

Mark’s second Snipe partnership is still going strong today (though the boat is long gone). In 1977, Mark and DeAnn Wright (now Reynolds) bought a new Chubasco together – or rather, the hull and deck. “I built out everything else; centerboard, rudder, splash boards, floorboards. And I put wider rails on where you’re hiking; we were probably the first ones to get out to maximum width. Everyone else was using teak, but I used spruce and cedar, which were lighter.”

It all started with a misunderstanding, though. “DeAnn claims our agreement was that we would trade off skippering, which never happened… and she’s probably right,” he admits now, with a wry chuckle. “I never even thought about it! And I do remember getting her a little upset once, when we were turning the boat over in the garage. I told her, ‘If you think you’re going to drop the boat then slide underneath it, so it doesn’t hit the cement.” (Amazing they’re still married, he agrees.)

Despite the occasional disagreement, Mark says they were a great team. “We got to where we never had to say very much, because DeAnn just knew when I was gonna tack. And we set the boat up a little bit different. At that time, everybody had a little jib sheet cleat on a plastic pad; I put on a turning block and then a ratchet in the front of the cockpit, so she could face forward and see the jib as we tacked. She cleated it on the windward side. We made quite a few changes.”

Their local fleet included Snipe Hall of Famer Earl Elms. https://www.snipe.org/earl-elms “Earl was one of the big innovators in the Snipe, and I learned a lot from him; he always kept his boats really simple. On one of his boats, the jib leads were just bolted to the deck! He had some wingnuts underneath so you could change it, but obviously not during a race – maybe not even out on the water.” When Earl developed a new mast section, the Cobra II, Mark says it was “a pretty radical change from the big-section Proctors and old Cobras that everybody was using.” Not surprisingly, demand quickly outpaced supply. “When I went to buy a mast, Earl said, ‘I’ll have one for you in about six months.’ I’d thought I was just gonna go down to his shop and give him the money, and he was gonna hand me a mast! But that wasn’t the case.” So Mark dug out an old Proctor he’d saved from his first boat, so he and DeAnn could sail the North Americans in San Diego. “That was our first big regatta, in 1977.”

When they finally got their Cobra II mast, they made a “pretty big speed jump.” But Mark had also stiffened the centerboard trunk, and simplified traveler and mainsheet systems. “At that time, everybody had an adjustable up and down traveler, and then another line that centered it. I went with just a closed loop that rotated, so the height was always the same. And I didn’t have a two to one [mainsheet]. I changed a lot of stuff on the boat.”

So maybe it wasn’t just that new Cobra II that won him and DeAnn the U.S. Nationals, in 1978.

That fall, Mark and DeAnn flew to Brazil for their first international Snipe regatta: the 1978 Western Hemisphere and Orient Championship. “We stopped in Rio on the way, and they confiscated all the sails I was taking down to sell and use. It took us three days to get the sails back again, before we could then go on to Sao Paulo. That was when there was a round robin. But you didn’t do a full round robin, and all the boats weren’t the same… and some boats changed during the regatta! Kinda sketchy. But I think we got third, if I remember right. And it was a lot of fun.” They also won the last race of the series.

Mark also dominated the 1979 Snipe Winter Circuit (he remembers winning most of the races, at three different venues), and qualified for the Pan Am Games in Puerto Rico – where he and Craig Martin won every race. As he remembers, US Sailing didn’t think he should even go, because it might interfere with his Olympic training (crewing for Augie Diaz https://www.snipe.org/augie-diaz in the Flying Dutchman). He also thinks US Sailing didn’t consider him “skipper material” in those days.

It was a logistical nightmare, he admits, since the Pan Am Games started right after Kiel Week (which he and Augie won). “I flew straight from Kiel and stopped over in Miami; Carmen [Diaz] gave me some clothes at the airport, and then I took the very next flight and arrived the day before the regatta started. Craig had gotten the boat measured and did all the prep, and yeah… we won every race. [Jeff] Lenhart [and Randy Smith] finished second; I think it was the only year they sent two boats from every country.”

Later that summer, the Cobra II masts made another international splash at the 1979 Worlds in Nova Scotia. “The Europeans were all still using Proctors,” Mark explains, “and the South Americans were using Bruders – which were about the same section fore and aft as a Proctor, but smaller sideways. They had really short spreaders; I want to say like fourteen inches long, while ours were seventeen. They bent their masts sideways a lot, while we could control the bend with the spreaders, while still bending our mast fore and aft.” Then he adds, “By the way, we didn’t change the luff curve of the sail.”

Most international teams “hadn’t really seen the speed that we had,” Mark continues, “because the Worlds are only every two years. I remember Felix Gancedo being very confident that he was going to win…and instead [Dave] Chapin and Tim Dixon were first, and DeAnn and I were second.” The only two American teams – and they took the top two spots.

Early in 1980, the U.S. decided to boycott the Summer Olympics. Mark left Miami and headed home to San Diego – but not before winning the DonQ, again. “Miami has always been pretty good to me,” he admits. “It didn’t hurt living with Old Man and Augie, getting all the local information and learning from those guys. I won a lot of regattas there… including the 1992 Olympic Trials.”

When Mike McLaughlin started building Snipes, Mark helped with development. “I had the first Snipe with a bulkhead in front of the mast,” he says, adding that once the rules changed to permit a lower centerboard trunk, the two were no longer naturally tied together. “And I also had a better leading edge on my centerboard. It was a fun boat to work on, in the garage, tweaking and doing stuff like that. That was one of the things I really enjoyed about the Snipe.”

In 1982, Mark started his own sail loft. “My first customers were all Snipe sailors,” he remembers, pulling out his original sales list – handwritten, on yellow legal paper – to read off some still-familiar names. Though the Star would eventually take over, in the early days “making Snipe sails is what kept my doors open.” Forty years later, those two classes still make up a significant portion of the loft’s customer base.

Through the 1980s, Mark sailed Snipes with DeAnn in the summer and with heavier crews for the windier winter regattas. “We won the North Americans quite a few times, but never won Nationals again. And I did the winter circuit every year, for close to ten years. I’d put the Snipe on top of the van and tow the Star across the country; I always had it set up so the Star mast would clear the Snipe.”

Mark and DeAnn’s most recent Snipe victory was the 1991 North Americans. The regatta report begins with a comment apparently overheard in the boat park; “They may run off and sail some other boat, but sooner or later they come back to the Snipe. 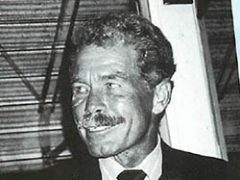