Felix Gancedo was born in Málaga, Spain in 1940, and has been a life-long Snipe sailor. After crewing for two years, he got his first Snipe at age 15. In following years, he gained experience in sailing and racing, including crewing also with experienced Snipe sailors such as Pedro Casado in the 1964 Spanish National Championship (2nd place) and 1965 Snipe Worlds Championship (5th place).

A truly outstanding sailing and racing performance over a period of 22 years! Quoting from his interview for the 75th Anniversary of the Snipe class (Snipe Bulletin, June 2008 issue): ‘ “Hey guy, how many foolish things do you still want to with your poor old life?” Now here I am writing and thinking of you, it is another kind of sailing. I miss so much the sun, the sea, and my friends.’ So in our senior years (as many of us are), it is time to relax and reminisce with friends about your many stories and experiences in the Snipe family. Welcome to the 2020 SCIRA Hall of Fame! 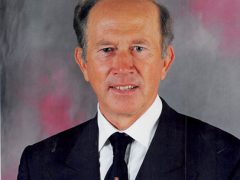