Torben Grael was born in Sao Paulo, Brazil in 1960, and over the years since 1978 has established his championship performances in many sailboat racing classes all over the world.

Torben also has many other international sailboat racing successes in Soling and Star boat regattas and championships. He also has competed in the Olympics ((1984 Soling; 1988, 1996 and 2004 Star), and Pan American Games (1983, 1987 Soling). He has won five medals in Olympic Games sailing competition. More recently he was skipper of the Brazil entry in the 2005-06 Volvo Ocean Race (3rd place), and skipper of the Sweden entry in the 2008-09 Volvo Ocean Race (1st place), setting an average speed record of almost 25 knots/hour during a 24 hour period. Torben also sailed in two qualification series for the America’s Cup (2000 and 2007). Torben is another champion Snipe sailor who has achieved an outstanding sailing and racing performance over the past 40 plus years. Welcome to the 2020 SCIRA Hall of Fame! 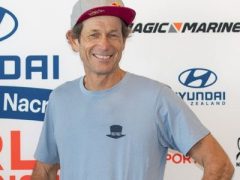