Snipe sailor and boat builder Jan Persson, from Denmark, has been elected to the 2019 Snipe Hall of Fame. Born in Copenhagen and moved to Espegarde when he was a child; he was offered an Optimist to sail and went out and won the race. He stared to crew for different Snipe sailors and decided he enjoyed it.

In 1957 he and a good friend built a wooden Snipe 10296, in which they sailed and won some races. In 1961 he sailed in one of the first fiberglass boats built by Paul Elvstrom and Peer Bruun. 1964 he sailed in the first Skippersnipe and had some success winning the 1965 Danish Championships and came in 7th at the World Championship in Las Palmas, Spain.

Jan started working at Skippersnipe as an assistant in the production, testing and design. In 1971 he moved to Malaga to build a Peers Bruun designed boat called a Flipper. While in Spain he built a Snipe mold based on a wooden boat and sold 20 of these Persson Snipes. Jan found he could not make a living from building boats and he moved back to Denmark and away from the Snipe Class. He crewed for Paul Elvstrom in the Soiling; and sailed Tempests and big boats in regattas such as Kings Cup, Sardinia Cup, Admirals Cup, Kiel Week and many others.

When his son expressed an interest in sailing in 1982 Jan got back into the Snipe. His son was having difficulty managing the whisker pole and they tried many solutions which resulted in the Persson whisker pole system which people are still using today.

Jan continued to compete and travel with the Skippersnipe but found that there were many things he wanted to change with the boat design. Knowing that the Skippersnipe company was for sale and having his friend Jerry Thompson pay upfront for a new boat Jan was able to buy the company and start PerssonSnipe. He used one of the boats he built in Spain and modified it to make the first set of molds for the modern PerssonSnipe which had its debut in San Remo in 1990. In 1993 Santiago Lange won the Snipe Worlds using a Persson Snipe, there have been many other Championships won since then.

The life of a boat builder is not an easy one. There are many kilometers on the road, ensuring the boat meets the measurement regulations of the Class and making a boat that wins. Jan sailed at as many regattas as possible all over the world. He specially built a small truck with a long bed for 3 Snipes and then a trailer for 4 more; which meant he was driving all over Europe with as many as 7 Snipes at a time. While he was travelling to regattas and selling PerssonSnipes Jan admits he was lucky to have a fantastic fiberglass man Carsten Florin who steadily made 1 Snipe a week that Jan had to mount fittings on and sell.

Jan could not have accomplished all he has done without the support of his wife, crew and travelling companion Jane. Jane had never sailed before but was willing to give it a try. Jan is known throughout the Snipe world as he travelled extensively and was at the major Championships to repair and fix boats if there were any problems. Jan was always willing to help, Gweneth Crook says “My participation in the 1999 World Championship in Santiago de la Ribera would not have been possible without all the work, in difficult conditions, Jan did get my charter boat competition ready. Thank you, Jan.”

In 2003 Jan sold PerssonSnipe to Daniela and Enrico who have the headquarters in Trieste, Italy.

Although he sold the company he was not done with the Snipe. In 2012 the production of the Minimax boom started. The boom was lightweight and had room for the shock cord for the Persson whisker pole system. In 2013 there was the production of the “teardrop” mast with new adjustable spreaders. In 2014 Jan bought Sidewinder Mast including the rights, tools and a big oven that was essential for production. In 2016, due to health concerns, Jan sold the boom and mast production to Belgian Snipe sailors.

We hope that Jan is not finished with the Snipe Class and his many friends will see him again at a future regatta. 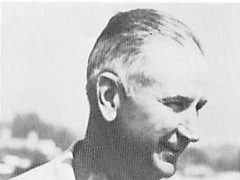