Hub Isaacks was a medical doctor in Fort Worth Texas. He was also a sail boater, who built his own wooden Snipe #9 in 1931-32, following the plans for Snipe as published in the July 1931 issue of The Rudder magazine.

Beyond that, he was a supporter of other like-minded sailors in the Dallas Texas area who, with his inspiration, joined together and chartered the first Snipe fleet of the newly formed Snipe Class International Racing Association (SCIRA) -– Snipe Fleet #1, located on White Rock Lake in Dallas. He became a great friend of Snipe designer Bill Crosby and other top caliber sailors in the area, including good friend George McGown. The Snipe owners in the USA selected Isaacks to be the first Commodore of SCIRA in 1933. Isaacks helped Crosby and others prepare the first Snipe annual yearbook, consisting of the class constitution and by-laws, and outlining the Snipe point score system for Snipe fleets to use in racing and reporting season ranking results.

Isaacks raced in midwestern Snipe regattas from those early years in the 1930s until the mid-1950s. He bought two newer wooden Snipes in 1940 and 1948 to keep current with the competition, these boats also used the re-assigned #9 per agreement with Crosby. [One of these two boats was modernized and competed for a few races in the 2007 Snipe US National Championship.]

However, in the early 1950s, use of fiberglass for boat construction was becoming popular in the USA, and Isaacks realized that the Snipe class had to modernize the rules to allow fiberglass (and plywood) for hull construction, as well as for decks. So he built the first all- fiberglass Snipe (hull and deck), using the latest of his wooden Snipes as the “plug” for the molds for the hull and deck. This project was undertaken with reluctant agreement of the SCIRA Rules Committee, with the understanding that the boat could only compete informally in racing. Since it was an unofficial Snipe, it was numbered “X-9” and raced for several seasons by Isaacks, displaying that it was neither faster or slower than the conventional wooden Snipes. [ Snipe #X-9 still exists and was built with features such as forward and aft sealed floatation tanks, bonded integrally with the hull and deck, resulting in a stiff hull, comparable to wooden Snipes, and is still structurally sound.] This boat is the “grand-daddy” of all 20,000+ fiberglass Snipes built since the Snipe rules were revised in 1954 to allow fiberglass and plywood for hull construction. The first builders of production fiberglass Snipes were Francis Lofland in the USA, and Ole Botved in Denmark.

Isaacks donated the SCIRA trophy for the winning Snipe in the Snipe International Championship, first sailed in 1934. The first two winners of that series were from Texas Snipe fleets. The first truly international competition was in the 1946 event, and beginning in 1947 the event was held in other countries besides the USA.

Isaacks also donated the SCIRA trophy for the winning Snipe in the Southwestern Snipe Championship, held in Texas venues and it is SCIRA’s oldest district trophy. Isaacks won the event in 1948.

In 1988, Isaacks was presented with an annual trophy awarded by the US Yacht Racing Union, symbolic of the American sailor who best exemplifies the tradition and ideals of sportsmanship.

In late 1988, Isaacks passed away at the age of 86. He is survived by two daughters, Janet (Isaacks) Cornwall of Corvallis Oregon and Margo Isaacks of Houston Texas. 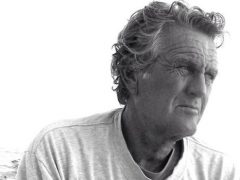